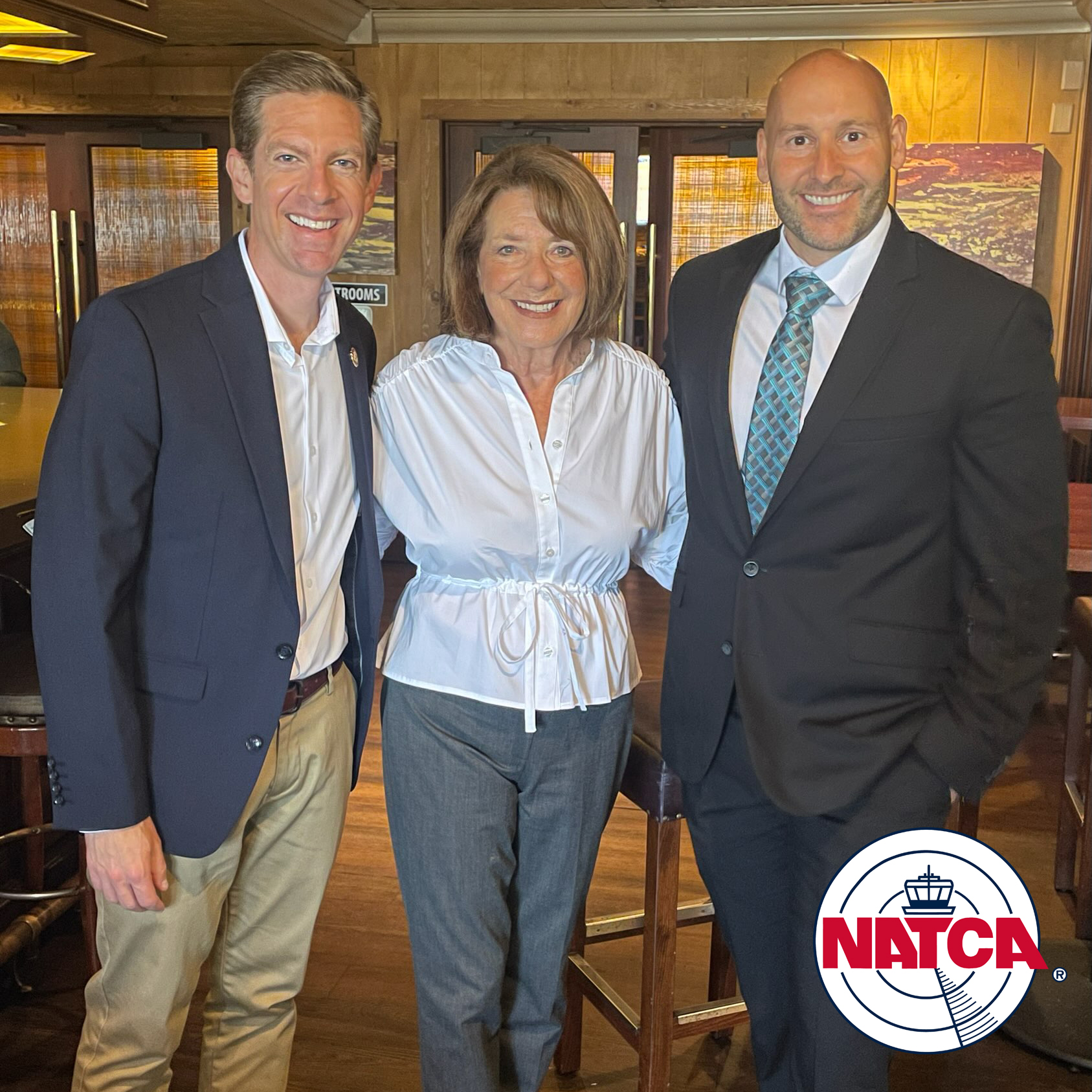 On April 30, Gillespie/San Diego ATCT (SEE) FacRep Christopher Marovich attended a reception with Congressman Mike Levin (D-Calif.) and Congressman Levin’s assistant Colby Rogers who helped facilitate the meet and greet. Marovich thanked Congressman Levin for his support of NATCA and for being a co-signer on H.R. 4042 (the Aviation Funding Stability Act of 2021) as well as other legislation supported by NATCA. They discussed the importance of stable predictable funding and the deterioration of some facilities in the National Airspace System (NAS), including Carlsbad Palomar ATCT (CRQ) in Levin’s district.

Congressman Levin expressed an interest in visiting CRQ at McClellan-Palomar Airport – 35 miles north of downtown San Diego in Carlsbad, Calif., and Marovich offered to coordinate that visit. During the event, former Congresswoman Susan Davis surprised everyone by attending to show her support for Congressman Levin and thank him for all his hard work in the 49th Congressional District. Marovich thanked her for her support of NATCA’s issues through the years.