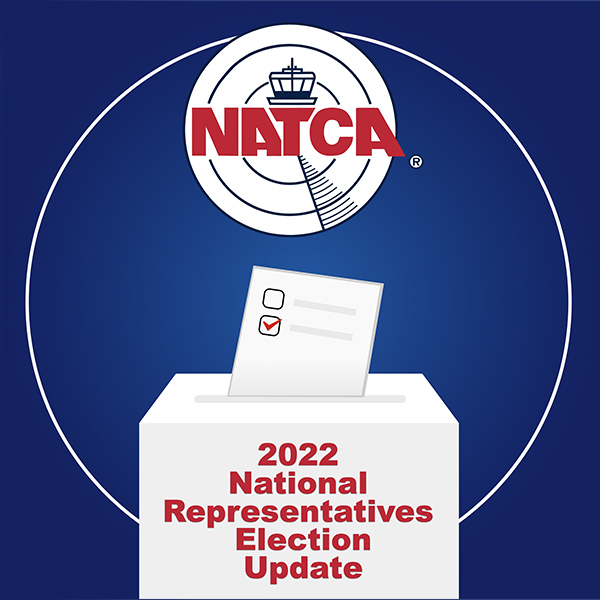 At the close of the nomination acceptance period, only one member from four of the bargaining units had accepted nomination. Each of those members is the winner by acclamation for a term of office beginning on September 1, 2022. The bargaining units where the election was decided by acclamation are Aircraft Certification Services (Patrick Massie), En Route Automation (Ralph Pagington), Terminal Automation (Allen Casey), and Airports (Felicia Reeves).

Two members accepted nomination for the National Representative position from the Drug Abatement Inspectors and Investigators bargaining unit (Antonio Delgado and Stacie Wooten) and the Flight Service bargaining unit (Cassidy Roensch and Bobby Scurlock). Ballots will be distributed to the members in those bargaining units on May 16, must be returned by June 30, and will be counted on July 1.

Members with questions about the 2022 National Representatives election can contact NATCA General Counsel at mgraf@natcadc.org.