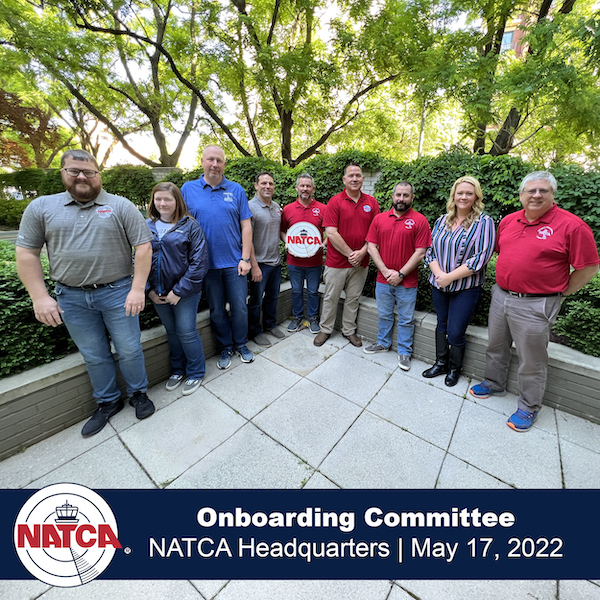 NATCA’s Onboarding Committee met on May 17, at the National Office in Washington, D.C.. During their meeting the group discussed training for regional onboarding reps. They reviewed and talked about responses from onboarding feedback forms. They talked about coordinating with NATCA’s IT Committee and Elections Support Committee. They did planning around what is next for onboarding new FacReps, VPs, and Eboard members.

PHOTO: (left to right) Participants in this meeting included: