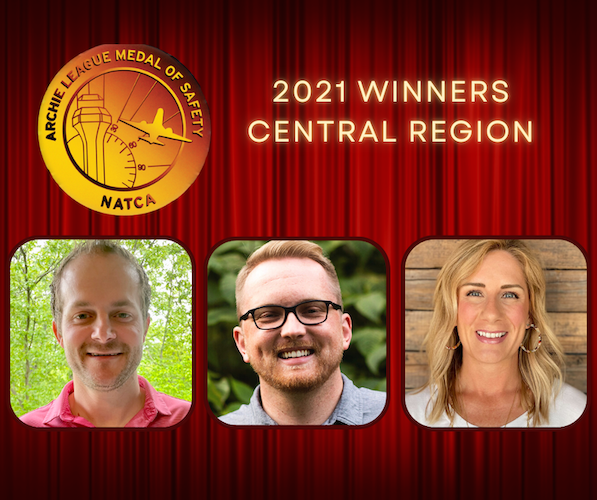 Kansas City Center (ZKC) member Ingrid “Inga” Owens recently marked her 15th anniversary as an FAA controller and says that she never worked a Yakovlev “Yak” 18T Russian-made aircraft before Sept. 3, 2020, and has not worked one since.

But on that Thursday afternoon in ZKC’s Prairie Area, just six months into the COVID pandemic with the facility staffed with small teams of controllers working their shifts together for safety but still handling busy traffic volumes, Owens was working a Yak 18T that was headed north toward Nebraska from Texas. The pilot encountered two big problems.

First, he was flying this aircraft for the first time, delivering it to its owner. It was burning fuel at a rate exceeding what he was told it would, leaving him with a shortage that led him to declare an emergency. Second, he encountered IFR weather conditions in western Kansas airspace, with 200-foot minimum ceilings.

When he was 20 nautical miles south of Dodge City, Kan. (DDC), the pilot told Owens he needed to land for fuel and was planning DDC as his stop. Owens told him DDC’s weather was 1/4-mile visibility and indefinite ceiling at 200 feet. The pilot asked for an airport with better weather conditions but the closest was about 100 miles away. The aircraft had only 30 minutes of fuel remaining. Owens had fellow ZKC member Taylor Rosenbaum as her D-side controller. Member Brett Rolofson was working as the controller-in-charge.

“I remember at one point saying to Taylor, ‘I feel like this guy’s going to be a problem,’” Owens said. “I was just super relieved that when we asked if he was IFR-qualified, the answer was yes, because my fear was that he wasn’t and then I don’t know what we would have done.”

Owens didn’t know it at the time, but the pilot had more than 20,000 hours of flying experience. She started vectoring him for the ILS runway 14 approach at DDC. Due to his fuel situation, he would have only one chance at an approach into DDC.

“We looked up the weather for Dodge City and it was right at minimums or just below minimums,” said Rosenbaum, who was trained by Rolofson when he started at ZKC over three years ago. “Garden City (45 miles west) was 100 feet better, so we asked him if he could make Garden City and he said ‘no.’”

Then, Owens said, “it just became a situation of giving this guy as good an approach as we possibly could, making sure he had the information about the weather, doing the things we needed to do to accommodate him. I remember he specifically asked for a short approach, which we’re limited in doing because it can’t be in IFR conditions.”

The pilot asked to be turned inside the approach gate. Owens cleared him for the ILS approach. He was below the glideslope and having trouble holding altitude. He was established on the localizer but could not get the glideslope to work. Owens called mileages and relative position to the airport. She lost radar contact at 1.4 miles and radio contact shortly after that.

When the pilot finally landed safely, the controllers got word from a supervisor who was on the phone receiving updates in real time. “That was an enormous relief,” Owens said. “I don’t know that I have felt a wash of relief like that in my life and I hope I don’t need to again, because it was something.”

Each of the three members praised the teamwork involved in this flight assist and were humble about their own efforts.

“You can’t ask for a better CIC than Brett,” Owens said. “He made all the right moves.”

“I felt like I did as much as I could, but I didn’t do much,” Rosenbaum said. “I helped pull up the weather. I helped pull up the approach. But for me, it was a lot of focusing on how good of a job Inga was doing, and also how much everyone else in the area was doing. Brett was running up to the weather unit and trying to find a VFR airport. I saw how much of a team effort it was but then saw how much of a good job Inga was doing.

“When you work with good people consistently, you learn each other’s mannerisms and what everybody is best at. Everything kind of lined up perfectly for us that day.”

Said Rolofson, who will mark his 14th year in the FAA, all at ZKC, in June: “Our area is one of the most difficult in the center. We have nine different frequencies in our low altitude. I think that we all have an understanding of the workload that it takes, especially around lunchtime, 2 o’clock. In that time frame, during COVID, it was very, very busy. So we all understand what it’s like to work regular traffic and then understand that when there is a special need, a high-intensity situation, that everybody knows that it just takes a village to start helping the controller get the resources that they need, so they can focus, zone in, and really do their job.

“I can’t speak highly enough of how Inga handled the whole situation, given the way it transpired, and the intensity of it.”

“It’s a humbling honor,” Owens said of winning the Archie League Award. “The support I had around me that day, the rallying that goes on, it makes you so proud to be a controller and be part of this job. That’s the stuff the public doesn’t see that would be neat if they could see.”

This award marks the second time Rolofson has been honored with the Archie League Medal of Safety Award. He also won in 2016 for a flight assist with fellow ZKC member Liam Keeney.