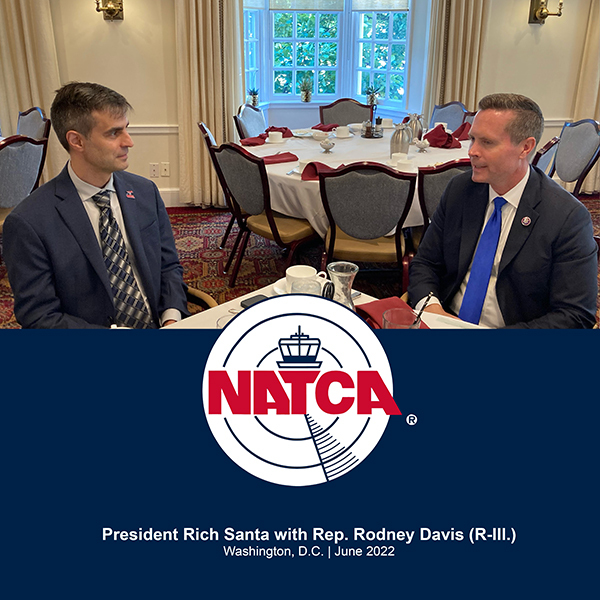 On Thursday, June 9, President Santa met with longtime labor champion, Rep. Rodney Davis (R-Ill). Rep. Davis is a senior member of the T&I Committee who has collaborated with NATCA since his first term in Congress in 2013. Since that time, Rep. Davis has fought for NATCA on many critical issues including the salaries, wages, and benefits of the controller workforce. In their meeting, Rep. Davis and President Santa discussed the upcoming FAA reauthorization bill, the challenges of NATCA members during the COVID pandemic and their perseverance, and how collaboration between aviation labor and Congress will be necessary to maintain the safest and most efficient National Airspace System, particularly given the increasing frequency of new entrants into the NAS.