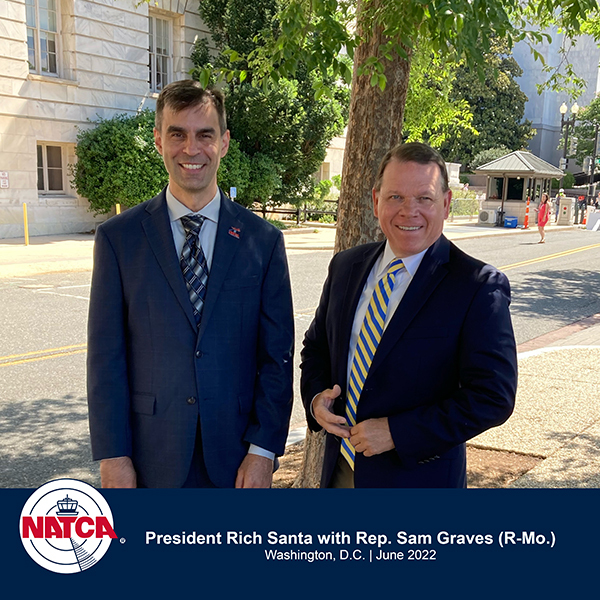 On Thursday June 9, President Richard Santa held a productive meeting with Rep. Sam Graves, R-Mo., on Capitol Hill. As the Ranking Member of the influential House Transportation & Infrastructure Committee (T&I), Rep. Graves will be a key leader in the upcoming reauthorization of the Federal Aviation Administration (FAA), major legislation of interest to NATCA that affects all FAA programs and activities. During their meeting, Rep. Graves expressed his strong support for the air traffic controller workforce, emphasized the outstanding work of NATCA members, and urged President Santa to continue collaborating with him and his team on issues of importance, particularly as the FAA reauthorization process gets underway.