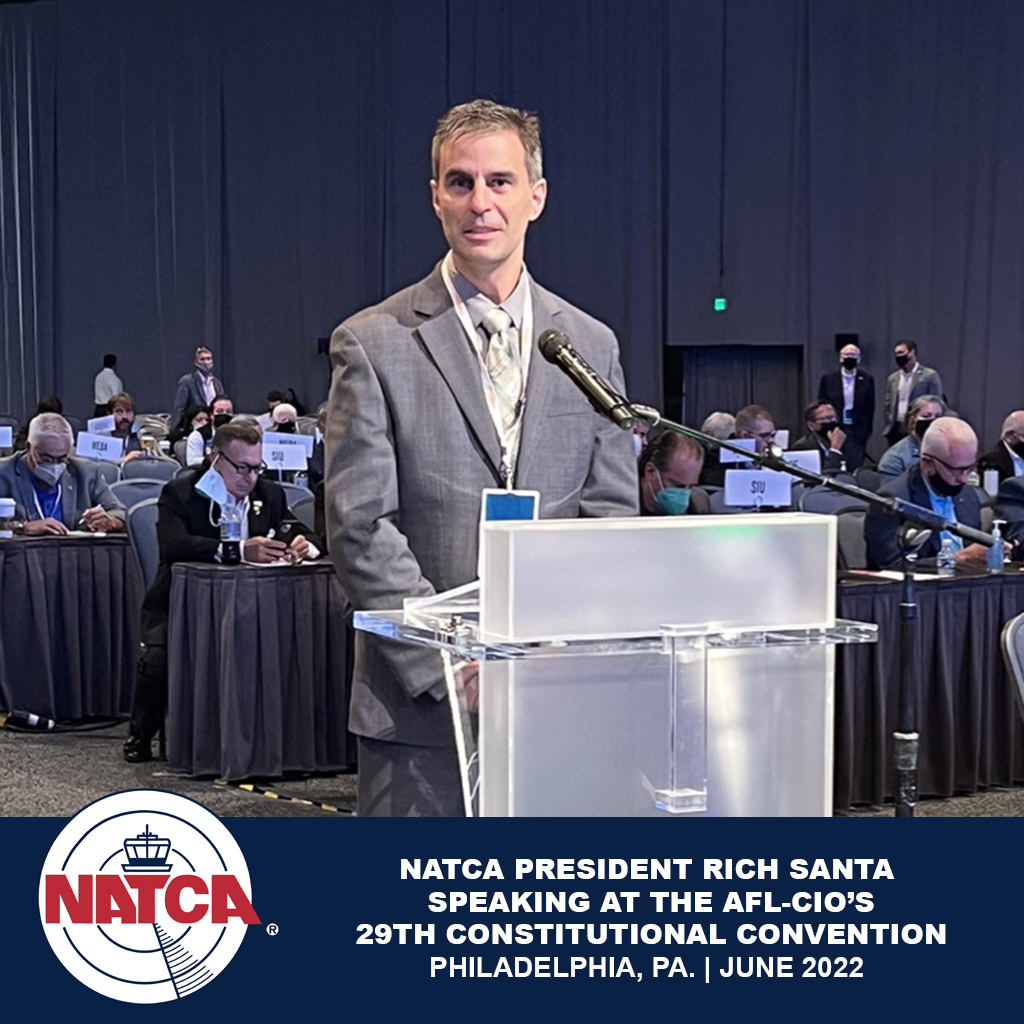 During Convention business, President Santa spoke to support Resolution 15, titled, “Support the Federal Workforce.” Among other policy priorities, the resolution called for of the AFL-CIO to “Advocate for stable, predictable funding stream for the Federal Aviation Administration (FAA). Government shutdowns, the threat of shutdowns, and short-term continuing resolutions negatively affect the safety and efficiency of the National Airspace System. The FAA requires a stable, predictable funding stream that supports air traffic control services, staffing, hiring and training, long-term modernization, preventive maintenance, and ongoing modernization to the physical infrastructure that maintains a dynamic aviation system to provide services to all users, areas of the country, and all segments of the aviation community.”

Santa spoke passionately about the negative effects of the pandemic on our members as well as the how our members worked without pay through a 35-day shutdown. He called on the delegates to support federal workers and to advocate for the Administration’s political appointees to be confirmed by the Senate to promote effective labor-management relations. Santa concluded, “Everyday federal workers perform their duties in service to the U.S., and they should be able to do so without threats to their jobs, pay, and civil service protections. I urge the adoption of Resolution 15.” His calls were heard as the delegates overwhelming voted to adopt the resolution.