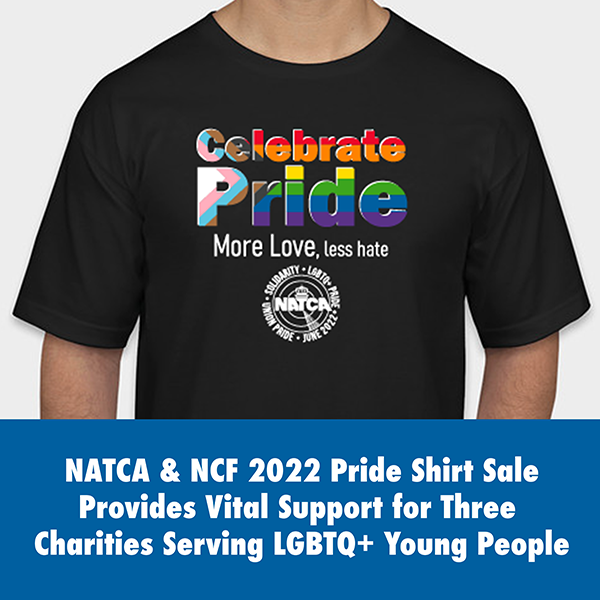 NATCA and the NATCA Charitable Foundation (NCF) joined in selling Pride t-shirts to raise funds and awareness of the LGBTQ+ Community. NATCA members and family and friends purchased nearly 200 shirts, exceeding the sales goal for 2022 by nearly 33 percent. The effort raised $1,820. All proceeds from this fundraiser along with a $2,180 additional donation from NCF will mean that the supported LGBTQ+ charities in Washington, D.C., New York, N.Y., and Los Angeles, Calif. will each be getting a $1,300 donation. These charities are:

New Alternatives for LGBT Homeless Youth increases the self-sufficiency of LGBTQ+ homeless youth by enabling them to transition out of the shelter system to stable adult lives.

About the fundraising effort, NCF President Corrie Conrad stated, “NATCA’s generous members once again stepped up to answer the call of need – raising a record amount from our Pride fundraising activities for these important charities serving LGBTQ+ young people in L.A., New York City, and Washington. NCF is proud to have once again organize this effort that raises funds and awareness of the LGBTQ+ Community.”