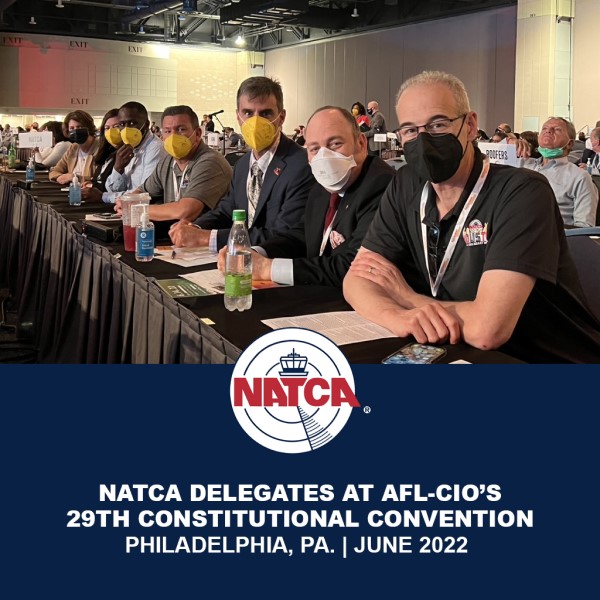 In June, union members and allies gathered in Philadelphia, Pa. for the 29th Constitutional Convention of the American Federation of Labor and Congress of Industrial Organizations (AFL-CIO). NATCA is one of the 57 unions that make up the AFL-­CIO. Delegates from these unions come together every four years to select the Federation’s leadership and make decisions about AFL-CIO priorities.

At the beginning of the Convention, there is a roll call for all 57 Federation unions. Santa made the response to the roll call for NATCA and said, “NATCA’s air traffic controllers and aviation safety professionals are here – We Guide You Home.”