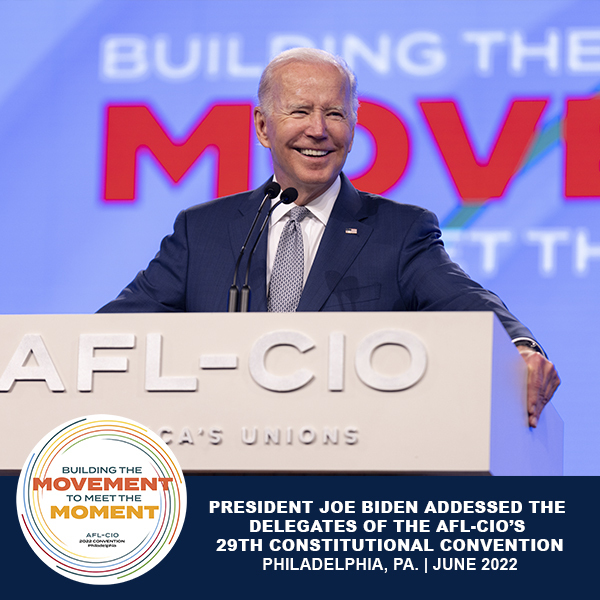 On Tuesday, President Joe Biden joined the Convention. Biden told the assembled union representatives “I promise to you, for as long as I have this job, I will be the most pro-union president in history….Unions built the middle class. I am not joking, without unions there would be no middle class.” He called on Congress to pass the Pro Act, which would strengthen the right to organize in the private sector, including the Federal Contract Tower program, and provide more teeth to the penalties for unfair labor practices committed by employers. He also addressed building the economy from the middle out, inflation, touted his successes including the American Rescue Plan, which protected Americans and their paychecks during the pandemic, and the bipartisan infrastructure law, specifically mentioning the money set aside for improvement at airports this year, something NATCA worked very hard to achieve. You can watch President Biden’s full speech here: https://twitter.com/i/broadcasts/1vAxRkBbbraKl