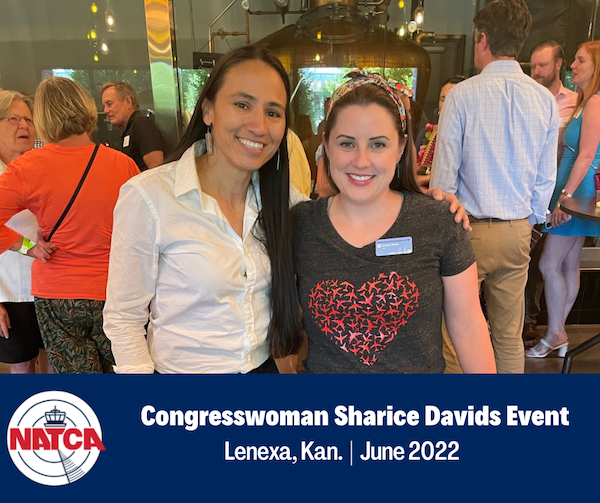 “Getting to chat with Representative Davids, who is a great supporter of NATCA, was especially enjoyable,” said McTee.