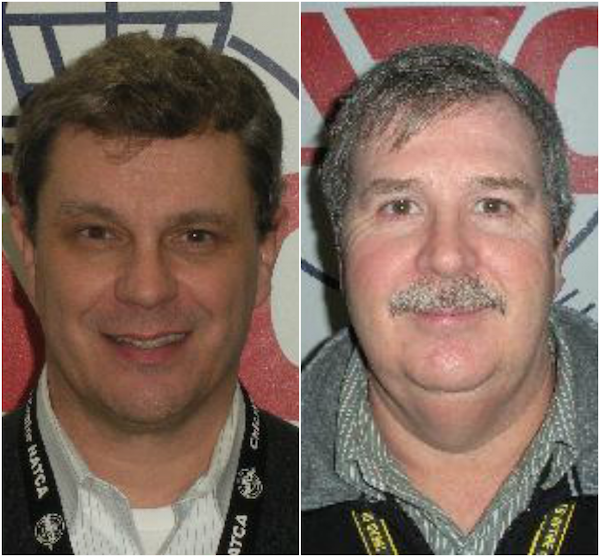 Chicago Center (ZAU) oversees some of the busiest airspace in the world, thanks to O’Hare International Airport, the country’s second-busiest airport. But Chicago controllers Steve McGreevy and Guy Lieser saved the day at a less busy airport in eastern Iowa, earning them a coveted Archie League Medal of Safety Award.

On the afternoon of April 19, 2011, in the middle of a major storm that paralyzed much of the upper Midwest, McGreevy was contacted by a Piper Seneca seeking to land in Dubuque, Iowa, a Mississippi River city of around 60,000 that sits at the far western end of the Illinois-Wisconsin state line.

McGreevy could immediately tell from the pilot’s strained and nervous voice that something was wrong. McGreevy began the process of vectoring the pilot for an approach to DBQ. He also noticed that the plane was assigned headings that didn’t match the course the aircraft was actually flying. At this point, Lieser came over to sit with McGreevy and lend a hand.

The controllers suspected that the plane was encountering icing conditions. Furthermore, his localizer was inoperative. Everything seemed on course for it to land without trouble, when, at around 3,000 feet, the plane suddenly detoured east across the river. The pilot attempted to come back around for another landing, but he struggled to keep his plane in line.

The weather was terrible and the controllers tried to reroute the plane to Davenport, another Iowa city further south along the river. But the pilot had less than an hour’s worth of fuel and the weather in the Quad Cities wasn’t much better, making landing at Dubuque the only palatable option.

Guy and Steve talked the pilot down after creating a plan of action that would enable him to glide into Dubuque. Steve methodically directed the pilot down from 3,000 feet to around 1,000, at which point the pilot could make out the landing lights at the airport.

Lieser has more than 30 years of experience as a controller and McGreevy has 27 years. Toby Hauck, ZAU Facility Representative, said the two were able to help guide the plane to safety because they have supplemented their experience with over 2,500 hours of instrument flight time in the cockpit themselves.

In addition, Lieser is a certified flight instructor and a certified aircraft appraiser. Hauck said the two deserve this award, but that it should not come as much of a surprise that they would be considered.

“They both are excellent controllers, really reliable,” Hauck said. “They are solid veterans, both very polished and strong union members. It’s fitting that they receive an award like this. It is the combination of being a veteran and an experienced pilot that makes the two of them very good controllers.”