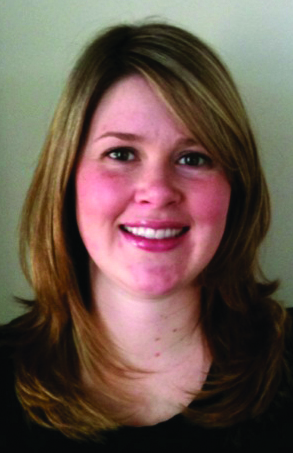 You already know about the “Miracle on the Hudson” event. But there was another terrifying collision between birds and an Airbus last year that didn’t get as much attention. While the aircraft involved – Frontier Airlines Flight 820, an Airbus 319 – maintained the use of one engine, the encounter was no less frightening to the 124 passengers onboard. And the safe airborne handling and emergency landing was also dramatic and memorable as an extraordinary example of professionalism both in the cockpit and in the control tower at Kansas City International Airport.

That’s where controller Jessica Hermsdorfer, an Air Force veteran and now a CPC at MCI for the past two years, was working departure radar all combined up in the tower cab in the early part of a Saturday evening.

Frontier 820 departed for Denver at approximately 7 p.m. local time and checked in on the departure frequency normally with Hermsdorfer.

Hermsdorfer had two arrivals on the east downwind that she was also working when suddenly, Frontier 820’s climb was abruptly interrupted. It was a severe bird strike, occurring at about 4,000 feet.

The aircraft suffered extensive damage. Both engines were struck and one caught fire, losing power. Hermsdorfer quickly but calmly sprang into action. “I turned the aircraft to a 180 degree heading for downwind,” she said. “I had another aircraft that was based for final approach, but then changed my mind and turned him out given the severity of the situation and I wanted to give Frontier a clean final.”

Hermsdorfer: Okay, Frontier eight twenty, expect Runway One Left and I’ll get you in as soon as possible. Expect the ILS.

Hermsdorfer: Okay, number two and number one. And then what else do you need?

Hermsdorfer descended the aircraft to 3,000 feet and then went back and gave a pilot’s discretion descent “just in case they couldn’t hold altitude and wanted to wait to come down,” she said. She then told a GoJet flight that she was going to turn him out to get the emergency aircraft inbound first.

She gave the Frontier jet another instruction – a left turn heading 90 degrees. But there was nothing extraneous beyond that. Said Hermsdorfer, “I got all the information I could from the pilot without trying to overtask them, and Rob (Bratcher) who was working CIC rang out the crash phone.”

At this point, the aircraft was seven miles from the final approach fix. Hermsdorfer gave him a left turn heading 40 degrees, told the pilot to maintain 3,000 feet until established on the localizer and then cleared him for the ILS approach to Runway 1-Left. The aircraft landed safely shortly thereafter.

“She was calm and professional during the entire incident,” MCI Facility Representative Brian Barnes said. “She even had the awareness to ask the pilot if he would like to change frequencies over to the tower or just stay with her, and she would relay the landing clearance. Doing this showed her commitment to the safety of the flight crew and having the focus on not over-tasking the pilots.”

For her efforts, Hermsdorfer was given the FAA District Manager’s Award for Safety.