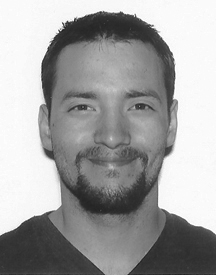 “On behalf of all the aviators in this country, I thank you. People like you, and your peers, are the few groups of unsung heroes of day to day life.”

The appreciative words above are those of flight instructor Michael Esdicul, expressing his gratitude for a man whom at the time he was unable to name. We, however, feel beyond fortunate in being able to call him one of our own. It was Southern California TRACON (SCT) controller Quentin Baca that became this hero for three on Nov. 21, 2010, when he saved the life of Mr. Esdicul and his two students en route to KMYF.

Baca was providing on-the-job training that day when he came across a fellow sector having issues with a possibly lost aircraft – one not under radar contact at the time because of its low altitude. Knowing that something was not quite right with the situation, Baca took initiative and switched the distressed aircraft, N297PA, to his own frequency for guidance.

As it turned out, as learned through continued conversation with the pilot, the aircraft had experienced a rapid downdraft over the mountains east of San Diego, an area that will sometimes experience these due to storm fronts moving through the airspace. The aircraft was now well below the Minimum Vectoring Altitude (MVA) and heading towards higher terrain. Baca’s first thought was to get N297PA south of the terrain that was creating the downdraft so that it could climb easier. Once he redirected the aircraft south of the peak, it was then able to climb to an altitude that allowed him to meet the MVA requirements.

“It was due to his dedication, knowledge, and quick decision-making that we were able to get out of what could have been a fatal situation,” wrote Mr. Esdicul in a recent letter to SCT. “It’s great to know that there are people like him keeping our skies safe and being helpful to us aviators.”

In fact, as revealed by attained flight charts of the event, the aircraft would have likely collided with the mountains that day if not for Baca’s quick assessment to turn it south. Baca followed his instinct from the start of this troubling situation to the very end, and he took proactive steps to initiate necessary actions — actions that if gone untaken would have left us with not only a lost aircraft, but also the loss of all lives on board.

“You might have showed up to work that day thinking that it’s going to be just like any other day,” Esdicul continued. “Now, you know that your presence that day made all the difference. It saved three lives. Lives that can now continue to enjoy living.”

“The difference between a good air traffic controller and a great air traffic controller is the ability to have the situational awareness of, not only the aircraft under your responsibility, but the peers who work around you. Teamwork, pride, and professionalism are what Quentin Baca displayed on the morning of Nov. 21, 2010. Quentin was responsible for providing on-the-job instruction to his developmental controller at the Del Mar sector in San Diego. As soon as Quentin realized that a fellow controller was having difficulties with an aircraft that appeared lost, he sprung into action and displayed tremendous situational awareness and professionalism, in not only finding this aircraft but also in taking the appropriate steps to guide it away from hazardous terrain. I am extremely proud of Quentin for his exemplary professionalism, performance, and teamwork.”